Why did you decide to come work with TWO?

I have spent my whole career working in Design Studios. I’ve also been quite heavily focussed on Packaging & Branding. Moving into Digital was the next logical step.

What would you say has been the highlight of your Graphic Design career so far?

My career has been so varied and I’ve had the opportunity to work for so many different clients. It’s hard for me to put a finger on just one.

I have had the opportunity to work with the iconic Walt Disney. I love their illustrations and unique style of animation. Back in 2000, I freelanced at Turner Duckworth Studios, a huge household name in the Design world, with offices on both sides of the pond. Working with creative mastermind Bruce Duckworth was a great inspiration for me.

You first entered the industry in 1994 after graduating from the University of Johannesburg. What would you say has been the industry’s most notable development over the past two decades?

Certainly, the advent of technology and the now ubiquitous presence of social media. Social media has by far been the most influential in terms of shaping the industry’s contemporary landscape. It has helped give everyone a voice and a forum in which to showcase their portfolio. It makes the industry more accessible for everyone. 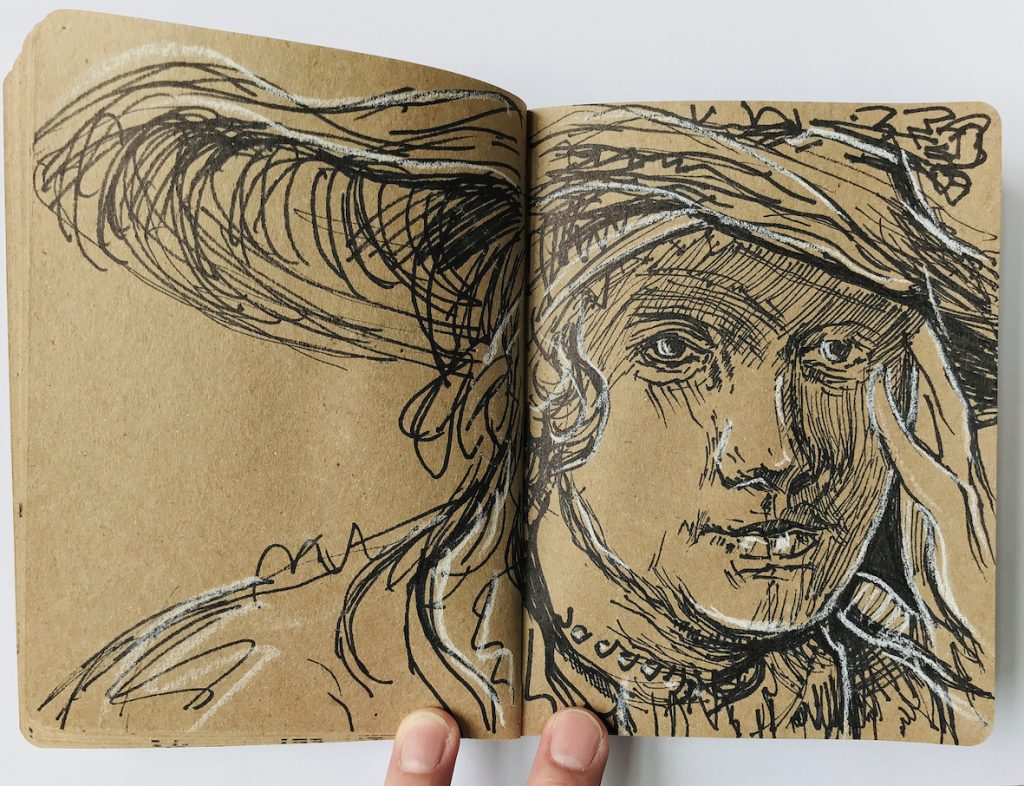 Marcel’s sketch of a piece by Rembrandt, a portrait of the artist’s wife, Saskia van Uylenburgh.

Who is your favourite artist?

I love the work of Antoine Watteau and Jean Baptiste Greuze. They would be my top two. Watteau was one of the most original artists of the eighteenth century, famous for his distinct Rococo style.  Greuze meanwhile was known for his portraits, genre scenes and history paintings.

“Success consists of going from failure to failure without loss of enthusiasm.”

What would you say has influenced you most as a designer?

What intrigues you most about design?

That you never stop learning and growing.

Who is your favourite composer?

I like the music of Szymanowski, a nineteenth century Polish composer, often associated with pre-war aestheticism. Aestheticism was a late 19th century European arts movement which centred on the concept of art existing for the purpose of beauty alone.

What is your Desert Island Book?

The Primacy of Drawing. It’s by Deanna Petherbridge, who is an artist, writer and curator. It follows an in-depth historiological journey of how drawing has been represented throughout the ages.