Tell us about how you got into Email Marketing in the first place.

It all started with a passion for web technologies such as HTML and CSS.  During my career I have had to refine my skills as both a Designer and a Developer to take a more holistic view of projects.

In my first job as a Web Designer I was asked to build marketing emails for clients.  Back then the Responsive email hadn’t yet been developed so I had to code two different HTML files for Desktop and Mobile. Things took a lot longer. Very few emails for our clients required much back-end development so I did not have the challenge of using intricate coding.

It wasn’t until 2007, when the first iPhone was released, that developers truly began experimenting with novel ways of building websites and emails to complement multiple screen formats. From this point on I began to develop my skills as a developer and designer. Now I am able to code any email within a few hours, providing top notch code and design.

What advice would you give a developer starting out in 2019?

Be proactive, be curious, think outside of the box, experiment with new ways of building and find new troubleshooting methods. Make an effort to constantly keep yourself updated with the latest trends in Email Marketing. But most importantly, TEST, TEST, TEST, TEST….

It’s also great to have your own website to promote your portfolio, it’s a great space to feature other developer’s work that has inspired you. Actually, when I had an interview with Simon & Warren, they were impressed that I had featured the work of one of their previous employees who wrote a blog on whether you could put a hedgehog in an interactive email.

Why do you think email will remain a relevant channel for marketing in years to come?

Email is an effective means of keeping brand stakeholders engaged and informed over both desktop and mobile interfaces. It is also highly customisable to a target customer profile.

What are your favourite tools to use when developing emails?

Photoshop, Illustrator and Sublime Text 3. I’m old school so prefer Photoshop to the new design tools such as Sketch or Invision.  I use Photoshop for practical reasons and working with it for several years has allowed me to optimise quality.

Nowadays there are many new design tools to help designers and developers with their job but most of these tools are for web design, app design or wireframes. In my opinion they are not the best tools in the toolkit when designing emails. Most design professionals who use these tools will disagree with me, but Photoshop never prevented designers from creating slick designs. I use Illustrator for things like logos and icons.

Sublime Text 3 a lightweight, cross-platform tool known for its speed, ease of use and online community support. It’s an incredible out of the box editor but its real power comes from its ability to enhance functionality using Package Control and custom settings.

Which emails have you received recently that have impressed you?

I recently received an email from one of the brands I buy my chameleon’s food from. The company is very small and niche but had gone to the trouble of sending a well thought out email related to my pet and to my previous purchases.

The email had a really eye-catching GIF, great offers on feeder insects, the bulk of my chameleon’s protein-rich diet, and even a coupon to use for my next purchase. These elements all gave the impression that the company really values customer loyalty.

What excites you most about your work?

It would have to be being able to work for some really high-profile clients and share a valuable stake in their marketing operations. I have had the opportunity to work with some of the biggest fashion brands including Ralph Lauren, Timberland & Montblanc. Here at TWO, amongst others, I’m working on campaigns for BlackRock & Sainsbury’s.  Check out Dario’s portfolio here. 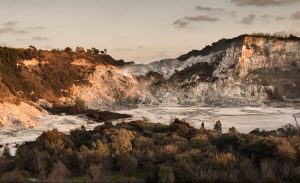 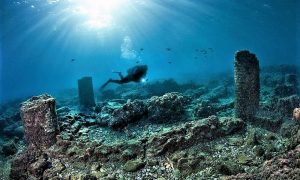 Enough about work, tell us about your hometown in Italy.

I come from a small town called Pozzuoli near Naples. The town has four volcanoes in nearby vicinity, three dormant and one still active. I have experienced 23 tremors within 30 minutes, the scariest half hour of my life!  We even have a historic underwater city known as Baiae, an ancient Roman town situated just off the Gulf of Naples. It used to be the Las Vegas of the Roman Empire more than 2,000 years ago before it was submerged.

What do you miss most about Italy?

Hmmm… a good shot of strong Italian espresso to wake me up in the mornings, the weather, and most of all the food. You won’t catch me indulging in pineapple on my pizza or chicken in my pasta anytime soon!

What football team do you support?

My home football team, Napoli.  My chameleon, Mystique, is also a football fan!

And last but not least, two questions to really get to know Dario:

What is your Desert Island Disc?

And your Desert Island Book?

Gomorra, by Robert Saviano, in which he exposes the criminal activities of the Camorra or “The System”, an organised crime network with a global reach and large stakes in construction, high fashion, illicit drugs and more.